Why Can’t We Freeze Ourselves? – The Limits for Interstellar Travel

The concept of ‘stasis’ has been a staple of science fiction for a long time. How else could you get your characters from point A to point B—light years apart—unless you invoke faster than light travel. Or what about the kind of slow-form time-travel where a person wakes up hundreds of years after going to sleep?

So why can’t we do it? Why do the first Martian colonists face years cooped up in a tiny rocket, rather than taking a quick nap?

Well, the fact is we still haven’t worked out how to freeze a person and have them survive the process. In this regard, humans are a bit behind nature. For example there are frogs that literally freeze solid during winter and then come back to life in spring.

There are two major problems with freezing. The first is that frozen water—ice—takes up more room than liquid water. It looks something like this:

When water is liquid, the molecules can slide around each other, and get a bit close. But when water freezes, the molecules form a crystal, where the molecules are spaced out, so it takes up more volume. If you don’t believe me – fill up a water bottle and mark where you fill it to. Then put it in the freezer. When it’s frozen, look at how full it is – it will be higher than where you marked!

*if you use a glass bottle this can cause it to break, so that’s not recommended.

Now, imagine that same thing happens inside of a cell. It’s living a happy life, and suddenly its mostly-water insides turn into ice crystals. Not only can the crystals puncture the cell, but the increased volume is too much for the cell to hand. And the poor cell bursts and dies.

The second problem with freezing is what’s called ‘solute toxicity’. Imagine you have salt water. If you freeze it, the ice is pure water, it doesn’t have any salt in it. The same thing happens in the ocean – icebergs are pretty much freshwater that you could drink, even though they’re floating around in the ocean! So what does that mean for the liquid water that’s left behind? As more and more water gets turned into ice, the liquid water that remains becomes more and more concentrated in salt and everything else that floats around inside the cell. At normal concentrations these things are fine. But if you remove half the water into ice, then they become twice as concentrated and the cell can’t handle it. The poor cell dies from the toxic effects.

So how do those frogs do it? Well, they’ve found a way to produce a natural ‘anti-freeze’ inside their cells which prevents ice crystals from forming. This protects them from both of the problems listed above.

Now as you may know, we’ve managed to use this technology to freeze some things. Sperm and eggs have been especially successful. This is achieved by adding an ‘anti-freeze’ agent to the cells, like dimethylsulfoxide. Think of it like the green stuff you might put in your car. This anti-freeze can stop ice formation, which prevents the cell death we discussed earlier.

So, if we can freeze sperm, why not a whole person?

This is one of the biggest challenges in the cryopreservation field. The issue is that every single different cell type likes different conditions. Some like to be frozen quickly, some slowly. Some cells like one sort of anti-freeze agent while others hate it.

So, for things like sperm which is just one cell type, you only have to cater to one ‘preference’. But as soon as you have two or more cell types – you have to try to cater to different needs, which is almost impossible. You freeze fast, some cells will live and others will die, and if you freeze too slow, the opposite. And an anti-freeze agent which is good for some cells, might kill others!

This is why we can’t even freeze organs, let alone whole people!

Which brings us to the focus of my current research: trying to find an anti-freeze that works for more cell types, and can even provide a happy middle-ground which will allow the storage of organs and maybe one day people.

So perhaps interstellar travel can be just a little bit closer…

To read a recent review I co-wrote on the need for new cryopreservation methods, go here: https://www.sciencedirect.com/science/article/pii/S0304416520302609 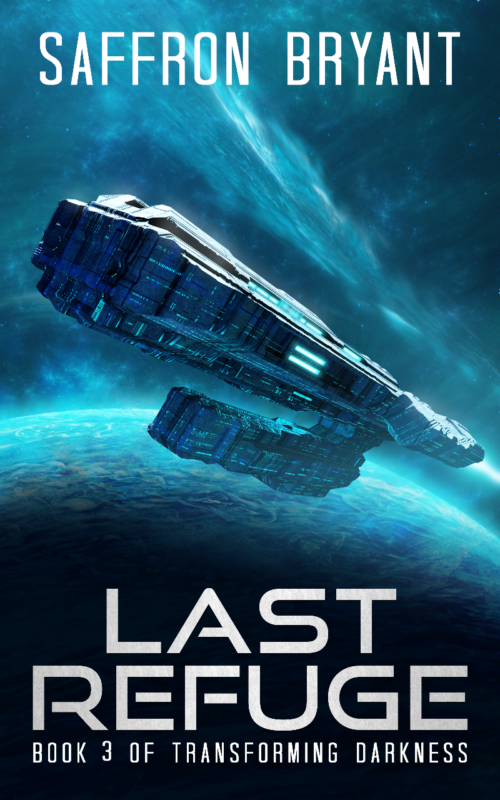